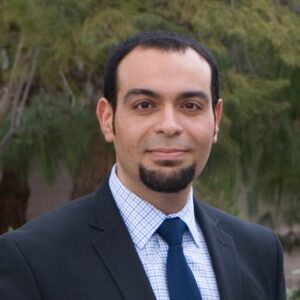 Abstract: Memory is the sum of who we are. It is the bridge to our past and future. It takes a fleeting moment in our experience and allows it to last indefinitely. It stretches our consciousness over a lifetime and allows us to enjoy meaningful and fulfilling lives. Simply put, without memory, humanity as we know it could not exist. Yet, for something so essential and ubiquitous, we still know little about how it works. This talk will specifically focus on one type of memory, episodic memory, and how we can operationally define and study it using a computational or information processing approach. How does episodic memory change as we get older? What neurobiological mechanisms underlie age-related memory loss? Can we distinguish between normal age-related changes in cognition and changes related to Alzheimer’s disease? Finally, how we can use this circuit-based approach to studying cognition to better diagnose cognitive disorders? 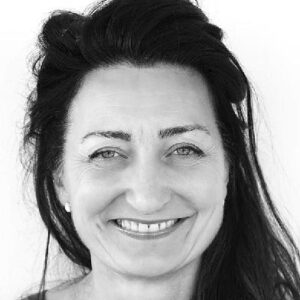 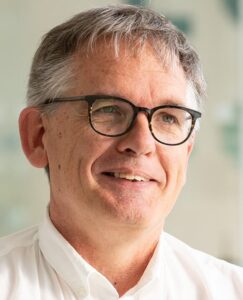 May-Britt Moser is a Professor of Neuroscience and Scientific Director of the Centre for Neural Computation Scientific Co-Director of the Kavli Institute for Systems Neuroscience at the Norwegian University of Science and Technology (NTNU) in Trondheim. She is interested in the neural basis of spatial location and spatial memory as well as cognitive functions more generally. Her work, conducted with Edvard Moser as a long-term collaborator, includes the discovery of grid cells in the entorhinal cortex, as well as the identification of other functional cell types, including head direction cells, border cells, speed cells and object-vector cells, as well as recent mechanisms for representation of episodic time – findings that collectively point to the entorhinal cortex as a hub for the brain network for representation of space and experience. She has shown that this network has adult-like properties from very early age in rodents, pointing to a possible innate basis for spatial coding by the brain. With her collaborators, she is beginning to unravel how the neural microcircuit is organized at the level of interactions between large numbers of diverse neurons with known functional identity – an endeavour that is significantly boosted by the recent development of Neuropixels probes and 2-photon miniscopes for simultaneous recording of thousands of neurons in freely-moving rats and mice (the latter developed in her lab). The discovery of grid cells and the underlying population dynamics have led to a revision of established views of how the brain calculates self-position, and how such information is stored in memory, and spatial mapping and is becoming one of the first non-sensory cognitive functions to be characterized at a mechanistic level in neural networks.

May-Britt Moser received her initial training at the University of Oslo, under the supervision of Dr. Per Andersen, on the structural basis of hippocampal memory, but during the PhD training she had several longer visits to Edinburgh to work with Dr. Richard Morris at the University of Edinburgh. She also spent a month in London in the lab of John O’Keefe at University College of London to learn single unit recordings. She has been a professor at NTNU since 2000. She has received numerous awards for her work. Together with Edvard Moser and John O’Keefe, she was awarded the Nobel Prize in Physiology or Medicine in 2014.

David Poeppel is a Professor of Psychology and Neural Science at NYU (since 2009) and the CEO of the Ernst Strüngmann Institute (ESI) for Neuroscience in Cooperation with Max Planck Society in Frankfurt Germany (since 2021).

Trained at MIT in cognitive science, linguistics, and neuroscience, Poeppel did his post-doctoral training at the University of California San Francisco where he focused on functional brain imaging. From 1998 to 2008, he was a professor at the University of Maryland College Park, where he ran the Cognitive Neuroscience of Language laboratory.  From 2014-2021, he was the Director of the Department of Neuroscience at the Max Planck Institute for empirical Aesthetics in Frankfurt. He has been a Fellow at the Wissenschaftskolleg (Institute for Advanced Studies Berlin) and The American Academy Berlin, and a guest professor at many institutions. He is a Fellow of the American Association for the Advancement of Science.

Prof. Poeppel will deliver a presentation titled “Rhythms in Sounds and Brains“. 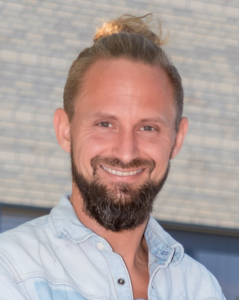 In an ever-changing world, we need to detect, predict and behaviourally respond to important stimuli on short and longer time scales. Particularly in the vertebrate brain, neuronal circuit adaptations mainly generated by associative reinforcement learning are the fundament of remote memory formation and guided behavioural choices. In sensory learning, organisms have to extract and amplify a small number of sensory features with behavioural relevance to a particular situation.

In this context, the primary auditory cortex plays a fundamental role in auditory learning and memory, and decision making. Utilizing multichannel electrophysiology recordings of the auditory cortex in freely moving animals, we could demonstrate that not only sensory, but particularly task- and choice-related information is represented in the neuronal population code distributed across cortical layers. By optogenetic stimulation of reward circuits, we shed light on the underlying functional circuit mechanisms of dopaminergic neuromodulation, as a key element of coding prediction and surprise in the brain. 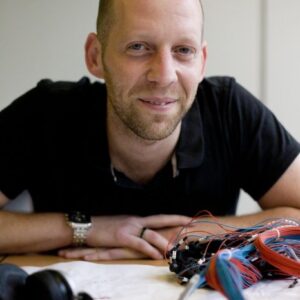 Title: Nonorthogonal souses generally have the goal of taking weighted combinations of electrodes to obtain a single component, thus reducing the number of dimensions from M electrodes torce-separation for guided network discovery

Increases in the number of simultaneously recorded electrodes allow new discoveries about the spatiotemporal structure in the brain, but also presents new challenges for data analyses. In part this is because of difficulties in analyzing each electrode individually, but also because the spatiotemporal structure in the brain spans multiple electrodes (and, usually, levels of analysis). “Source separation” analy C components, where C<<M. In this talk, Mike X Cohen will introduce one family of source separation techniques, which is based on generalized eigendecomposition (GED). GED is highly accurate, fast, and is an optimal (and closed-form) mathematical solution to a straight forward problem. Mike X Cohen will show several use-cases in simulated and real data, and provide downloadable sample code (MATLAB and Python) that can be adapted to different datasets.

The MPUTC will fund U of T-registered Ph.D. students who are jointly supervised by a MPG scientist (e.g., director, group leader, senior scientist) and a U of T faculty carrying research in the above themes.

A new research partnership: The Max Planck – University of Toronto Centre for Neural Science & Technology, is launching with an inaugural event on Wednesday, April 14th, 2021.
Join the event to hear from the presidents at both partnering institutions, President Meric Gertler of University of Toronto and President Martin Stratmann of Max-Planck Gesellschaft as they celebrate this exciting collaboration.

Self-organization and learning in neural Systems

A multiscale approach to brain disorders

Upon registration you will be provided a confirmation e-mail with your unique join information for the event. A reminder e-mail will be sent a day prior to the event. You will be able to view the event via your mobile or desktop device.
Register Now