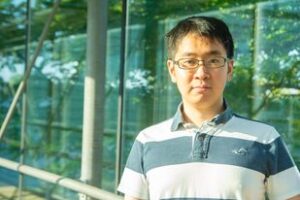 Fu Der Chen received his BASc and MASc degrees in electrical and computer engineering from the University of Toronto in 2017 and 2020, respectively. He is currently a third-year Ph.D. student in the joint Ph.D. program from Max Planck-University of Toronto Centre (MPUTC) for Neural Science and Technology. His research goal is to design photonics microchips using an integrated photonics platform for large-scale stimulation and monitoring brain activity. The success of his work can provide neuroscientists with new tools to further advance the fundamental understanding of the brain.

U of T Supervisor: Taufik Valiante, U of T Department: Electrical and Computer Engineering

In this thesis, the student designs and characterizes implantable probes for the stimulation and recording of brain activity. The student works closely with our foundry partner, Advanced Micro Foundry, for the fabrication of these probes in a 200mm silicon process. In collaboration with neuroscientists, the functionality of the probes will be validated in tissues and animals. This is a highly challenging and multidisciplinary effort that will require excellent theoretical and practical experience in electromagnetics, electronics, semiconductors, and computational analysis. Excellent organizational and communication skills are also required due to the large number of collaborators involved. An openness to learn new skills and new disciplines is a must! 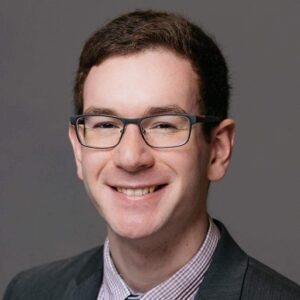 David is interested in the design, characterization, and application of novel neural interface technologies for monitoring and modulating the nervous system.  David completed his BSc degree in electrical engineering and MSc degree in neuroscience at the University of Alberta, Alberta, Canada. His research has focused on developing and characterizing intraspinal neuroprostheses for restoring mobility in models of severe spinal cord injury by applying targeted electrical stimulation in the lumbosacral spinal cord. At the Max Planck-University of Toronto Centre (MPUTC) for Neural Science and Technology, David aims to develop nanophotonic neural probes for facilitating chronic optogenetic research in mouse models of epilepsy.

U of T Supervisor: Taufik Valiante, U of T Department: Electrical and Computer Engineering

In this thesis, the student will design and characterize high-density nanophotonic neural probes for facilitating optogenetic research in mouse models of epilepsy. Chronic implants will be designed to monitor and stimulate brain activity over time. Neuronal networks will be characterized throughout epileptogenesis to assess how neural diversity is lost during epilepsy. Novel stimulation paradigms will be investigated for modulating epileptic neural networks and preventing seizures. The student will work closely with scientists and postdocs at the MPI and University Health Network for designing these sophisticated devices and completing all in vivo experiments. This is a highly challenging and multidisciplinary effort that will require excellent theoretical and practical experience in electromagnetics, electronics, semiconductors, computational analysis, and neuroscience. Excellent organizational and communication skills are also required due to the large number of collaborators involved. An openness to learn new skills and new disciplines is a must! 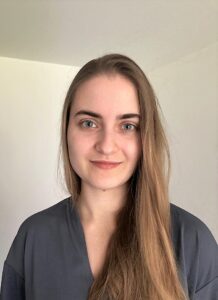 Pamina is a physicist by trait and received her B.Eng. and M.Sc. in Engineering Physics from the University of Oldenburg in 2018 and 2021. She is interested in the pathophysiological brain mechanisms underlying psychiatric disorders.  At the Max Planck – University of Toronto Centre (MPUTC) for Neural Science and Technology, Pamina does research to formulate and validate biologically informed computational models of suicidality. The goal of the project is a refined mechanistic, neurobiological understanding of suicidal thoughts and behaviours to improve early detection and treatment selection in individuals at risk.

U of T Supervisor: Andreea Diaconescu & Sean Hill, U of T Department: Institute for Medical Sciences

Suicide is the second leading cause of death among young adults. Decades of research have sought to identify risk factors and treatment targets, but success has been elusive, with the pathophysiological brain mechanisms associated with suicidal thoughts and behaviours remaining unknown. In this project, we will use advanced functional magnetic resonance imaging (fMRI) to perform cognitive network modelling aimed at examining the brain mechanisms eliciting aberrant beliefs associated with increased suicide risk. We will employ cognitive tasks targeting active escape and avoidance, computational modelling of behaviour, fMRI and dynamic causal modelling of the effective brain connectivity underlying the observed fMRI activations; and will focus on the roles of serotonergic and noradrenergic systems in mediating the effects of controllability and stress reactivity, respectively. This is a highly interdisciplinary project at the intersection of medical biophysics, mathematics, and psychiatry. While this study aims to validate the proposed cognitive network models in healthy adults, it will deliver an advanced fMRI and neurocomputational modelling protocol for future prospective studies in major depression (which is a prime route to suicidality). By testing concrete hypotheses about the involvement of specific neuromodulators, this project will hopefully open a path towards individualized therapies for suicidality in treatment-resistant depression. 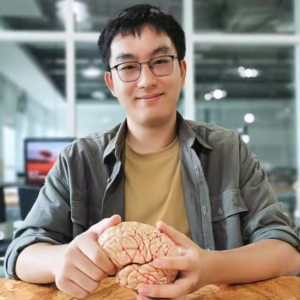 Qian is interested in how brains construct models of the world and generate predictions to guide adaptive behaviour. He received his BS in neural science from New York University where his research focused on auditory prediction its relevance to the sense of agency. At the Max Planck  – University of Toronto Centre (MPUTC) for Neural Science and Technology, he aims to decipher the predictive neural computations associated with saccadic eye movements. He is also into philosophy of mind and epistemology, especially the recent quantitative approaches (e.g., Bayesian epistemology).

Eye movements allow us to explore the world by shifting the visual field, yet it remains elusive how oculomotion interacts with visual perception as well as higher-level cognition like memory. Focusing on the medial temporal lobe (MTL) which was recently shown to respond to oculomotion (presumably mediated by a corollary discharge), this project aims at examining the perceptual and cognitive functions that arise from the structure during oculomotion. We view oculomotor signals as potential navigational signals for the “cognitive map” within the MTL, which generate strong hypotheses about predictive visual processing and memory. We plan to combine eye tracking, state-of-the-art single neuron recording, and electrical stimulation to investigate this topic in epilepsy patients when they perform a variety of cognitive tasks. Moreover, dynamic circuit models will be used to describe as well as predict neural data. The student will work in the labs of Prof. Taufik Valiante at the University of Toronto and Lucia Melloni at the Max Planck Institute for Empirical Aesthetics to approach the topic with multidisciplinary skill sets (e.g., eye tracking, psychophysics, systems and computational neuroscience). This collaborative project aims at opening new doors for research on sensorimotor integration and action-cognition interaction. 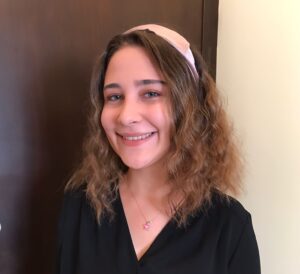 Nursima received her BSc degree in psychology from Middle East Technical University, Turkey, and completed her MSc degree in psychology at Sabanci University, Turkey. Her research was focused on the costs of divided attention on long-term memory retrieval. For her Ph.D. research at MPUTC, she aims to investigate the adaptive and use-dependent nature of memories using different behavioral and neuroimaging techniques.

U of T Supervisor: Keisuke Fukuda, U of T Department: Psychology

Visual working memory (VWM) allows us to accurately hold in mind a limited amount of visual information so that it can be compared with new visual inputs. As such, VWM supports a wide range of goal-directed behaviors (e.g., identifying a suspect in a line-up). Dr. Rademaker identified that the human brain maintains multiple copies of a VWM representation in distinct coding formats across visual and parietal brain regions. This multiplexity ensures both flexibility and robustness of VWM representations as they are used in goal-directed behaviors. Nevertheless, VWM is susceptible to systematic distortions when making comparisons to new visual inputs, as demonstrated by Dr. Fukuda. Such memory distortions can result in grave consequences in real life (e.g., wrongful conviction due to inaccurate line-up identification). The current proposal aims to elucidate the neural mechanisms underlying VWM robustness and distortion. The supervisors’ shared expertise on computational techniques, and their independent expertise with neuroimaging techniques (fMRI for Dr. Rademaker; EEG for Dr. Fukuda) will enable the PhD student to investigate how VWM representations change over time across multiple brain regions as they are compared to visual inputs. This will allow us to predict and identify neural mechanisms responsible for memory distortions of practical importance. 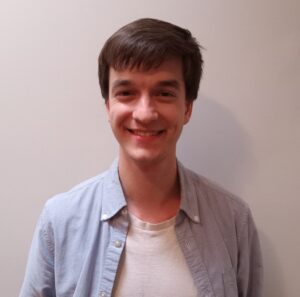 Dallas received his BSc from the University of Toronto where he investigated the ventral hippocampus in the context of approach-avoidance conflict decision making. After his undergraduate degree, he worked for a year in the Focused Ultrasound Lab at Sunnybrook Hospital where he contributed to the development of a novel conformal phased array system for transcranial focused ultrasound therapy. He is excited to be beginning his PhD with the MPUTC where he will study the substantia nigra and its role in cognitive and psychological symptoms of Parkinson’s Disease.

U of T Supervisor: Luka Milosevic, U of T Department: Institute of Biomedical Engineering (BME)

Thesis topic: The role of the substantia nigra in reward processing, impulsivity and apathy in Parkinson’s disease.

Processing and learning about rewards is essential to operate in, and adapt successfully to, the environment. Impairments in these functions can contribute to cognitive and psychological disorders such as apathy, impulsivity and depression, e.g., in patients with Parkinson’s disease (PD). A key structure in reward processing and learning is the substantia nigra (SN), which is involved in the neuropathology of PD. Dopaminergic SN pars compacta neurons encode temporally-sophisticated reward prediction error signals in non-human primates and humans. Their phasic activity contributes to the learning of actions based on reward; their tonic activity has been suggested as providing motivational force by reporting the average reward rate. Such conclusions are consistent with the effects of SN manipulations in animals and in humans using deep brain stimulation.

Within an interdisciplinary project at the intersection of neurocomputational modeling, neurophysiology, neuroimaging and neurosurgery, we will apply cognitive tasks assessing reward learning, impulsivity and apathy in PD during SN neuromodulation. We aim to improve reward processing via refined and targeted stimulation paradigms. Clinically, this could benefit PD patients who have altered reward processing and, thereby, improve highly prevalent cognitive symptoms of the disease. 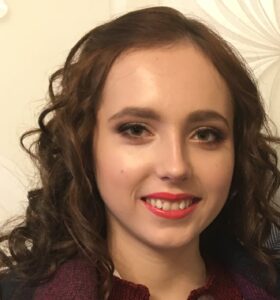 Laura is interested in wireless Deep Brain Stimulation which could be used to treat movement disorders associated with Parkinson’s disease, essential tremor, dystopia and other neurological conditions. She received her MEng degree in Chemical Engineering at the University of Bath, United Kingdom. Her research focused on synthesis and characterization of upconversion nanoparticles for size selective applications. At the Max Planck – University of Toronto Centre (MPUTC) Neural Science and Technology, Laura aims to develop micro/nano electrodes which could perform Deep Brain Stimulation wirelessly.

The project aims to conduct Deep Brain Stimulation wirelessly using magnetopiezoelectric nanoparticles and other micro/nanomaterials.  Deep Brain Stimulation can be used to treat movement disorders associated with Parkinson’s disease, essential tremor, dystopia and other neurological conditions. The novelty of the project lies within piezoelectric part of electrodes, which could create electric charge wirelessly locally when external alternating and constant magnetic fields are applied on the magnetostrictive part of materials.  Core-shell magnetopiezoelectric nanoparticles have shown initial promise on such wireless Deep Brain Stimulations.  However, design,  fabrication,  precise control, and implementation of this technology require further investigation. By developing magnetopiezoelectric nanoparticles, the project could improve the health of people suffering from movement disorders.